Ana Cristina Araújo and Alícia Casas Arbós discuss how to proceed with excavating a Yamaná shell midden in Tierra del Fuego. Yamaná physiology reflected that of the Inuit of the north more than it did their other Fueguian neighbors like the Shelknam. They were short, noted Ernesto Piana, five to five-and-a-half feet tall, and had barrel chests of 40 to 45 inches. "The barrel shape has the highest lung surface," Piana said. "This is what you need to burn grease and fat."

Though gout and other diseases would be common if people from another ethnicity consumed so much fat, these diseases are not evident in the skeletons of the Yamaná. They were perfectly adapted to consume the incredible amount of fat needed to survive the cold climate, says Piana. This amount of fat could only come in sufficient amounts from seasonal stocks of
passing seals, stranded whales and a few captured penguins — all sources hunted heavily by Europe and the United States as early as the beginning of the 19th century. 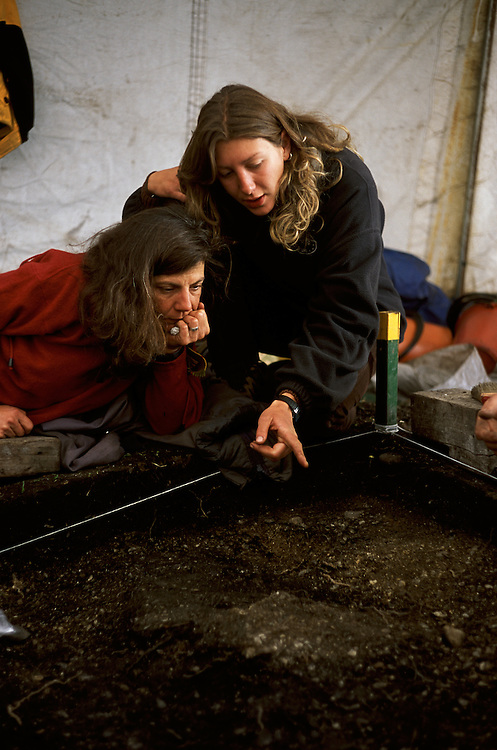