Inscriptions from local kids line a chalk board that stands among 18th-century statues in the Jesuit mission church at San Cosme y Damian, Paraguay. Scores of Jesuit missions in the area where Paraguay, Argentina and Brazil meet were built in the 17th century and abandoned when the Jesuits were expelled in the 18th century. Ruins of some of these missions still haunt hilltops in the region. The main church at San Cosme y Damian collapsed more than a century ago, but the community still uses the first provisional church built on the site. (Kevin Moloney for the New York Times) 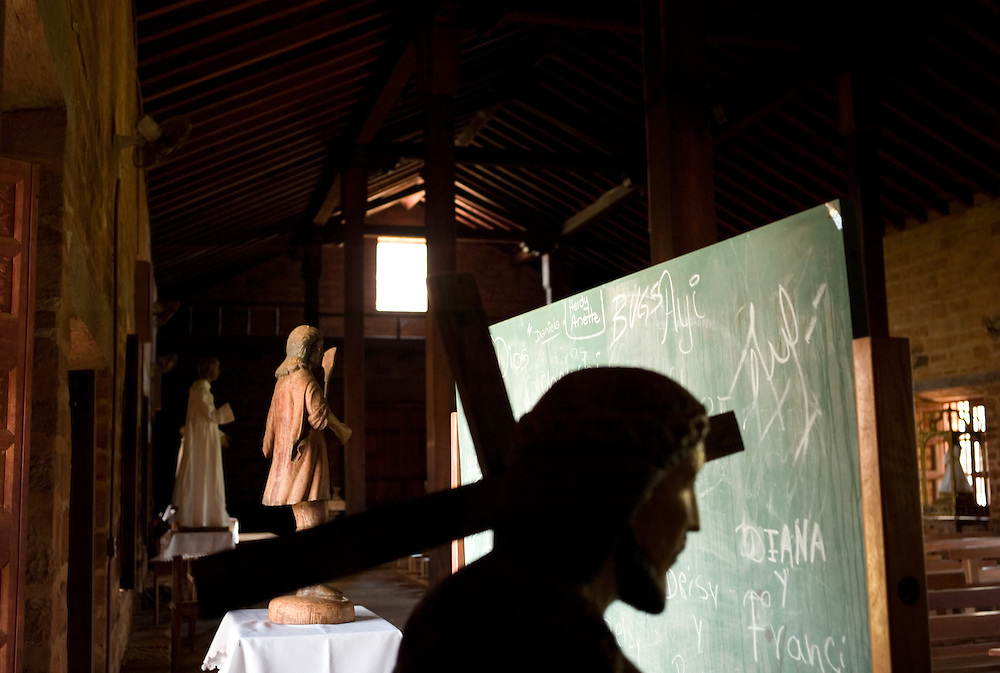