Ledgerbooks filled with penmanship exercises sit on display at the museum of the Salesian mission in Río Grande. On the wall behind a photo shows a nun teaching knitting to a clothed Shelknam girl. One of four tribal groups of Indians originally found on Tierra del Fuego, the Shelknam suffered most directly from the colonization of the Fuegian archipelago, losing land and nomadic freedom to white settlers. Priests hoping to save lives and souls paid one British pound per Indian brought to the mission in Río Grande and to another on Dawson Island, Chile, where more than 800 died. "You have more than one death per day," noted Piana, of the high rate of disease and the depression of confinement for a once nomadic tribe. 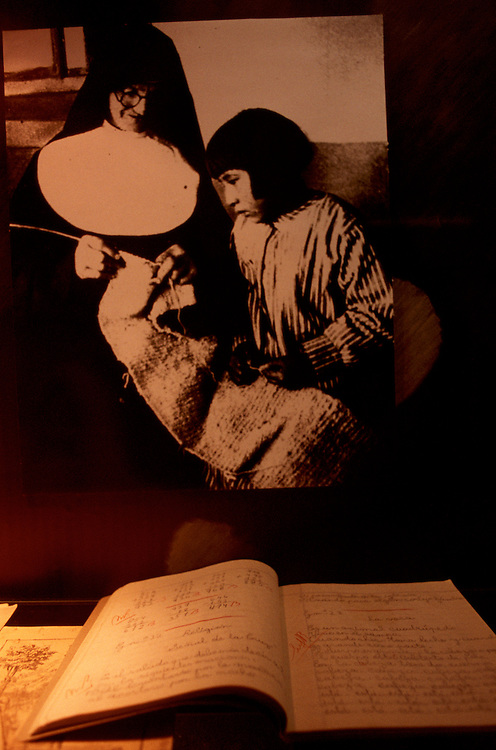