Acoma Indian Jason Miller, 14, steps off the cemetery wall at the 350 year-old mission of San Esteban del Rey on the Acoma Pueblo. The nearly 1,000 year-old pueblo, which sits atop a 400 foot-tall New Mexico mesa, was virtually leveled by Spanish troops after the Acomas attacked and killed several Spaniards in 1598. Hundreds of Indians were killed in the battle that claimed one Spaniard. As further punishment, Spanish governor Juan de Onate ordered that a foot be cut off all the surviving males over age 25 -- a total of 24 men. The rest were condemned to 20 years of servitude. This year marks the controversial 400th anniversary of the Spanish colonization of New Mexico. Last week a foot was cut off a statue of Juan de Onate in northern New Mexico as a statement against the celebration of the Spanish entrada. 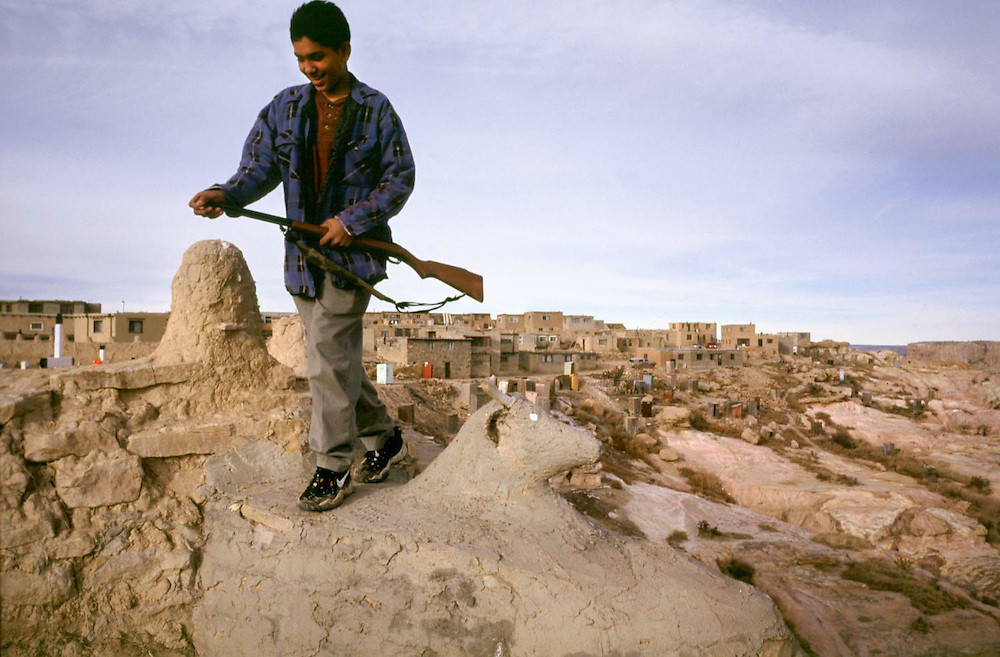