Danny Tinoco answers a question for his son Angelo while they pray together at the altar of the Santo Niño in the sacristia. Behind the statue of the baby saint is an impressive testimonial—over 30 crutches and canes, as well as written accounts of the power of the place, the mud and the Santo Niño.

Legend maintains that a small child appeared to prisoners in Atocha, Spain during the Moorish occupation and fed several hundred with a few loaves of bread, and a jug of water. The saint is reputed to leave his niche at night to help the faithful, thus wearing out his shoes. Those wishing help from the baby saint often leave new baby shoes as a show of devotion, and at the Santuario de Chimayó, one can find a large pile of shoes below the statue on a good day. 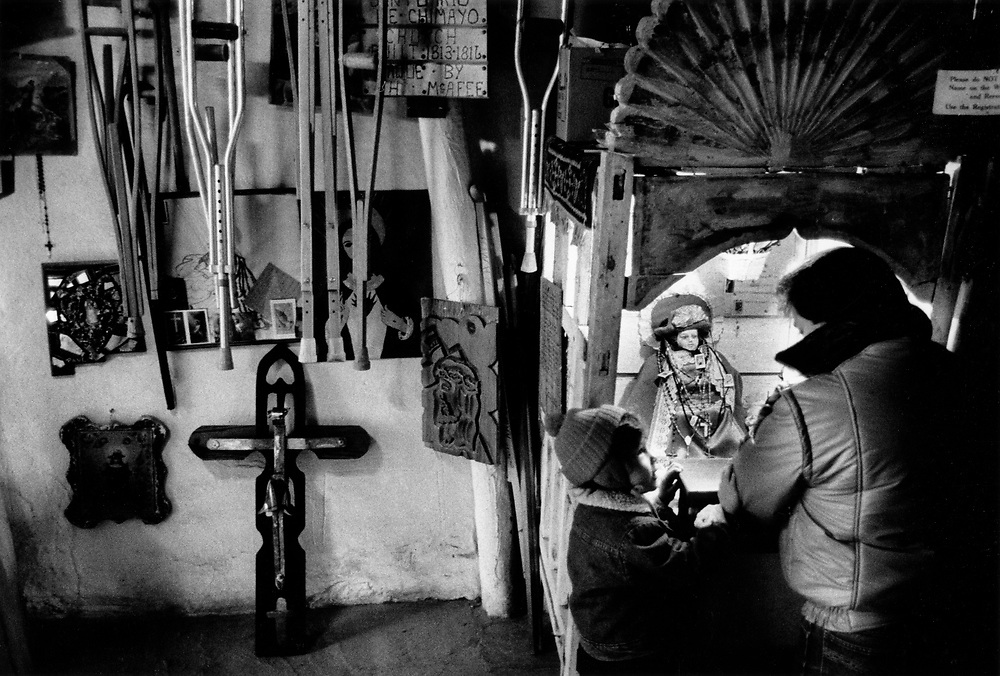