A tango performer talks to the crowd on Calle Florida in downtown in Buenos Aires. Noted Argentine author Jorge Luis Borges wrote often about people on the margins in the Buenos Aires of the early 20th Century -- thugs, knife fighters, prostitutes and scoundrels who danced the tango in dangerous bars. The magic realist author influenced the work of many of the western hemisphere's greatest writers. 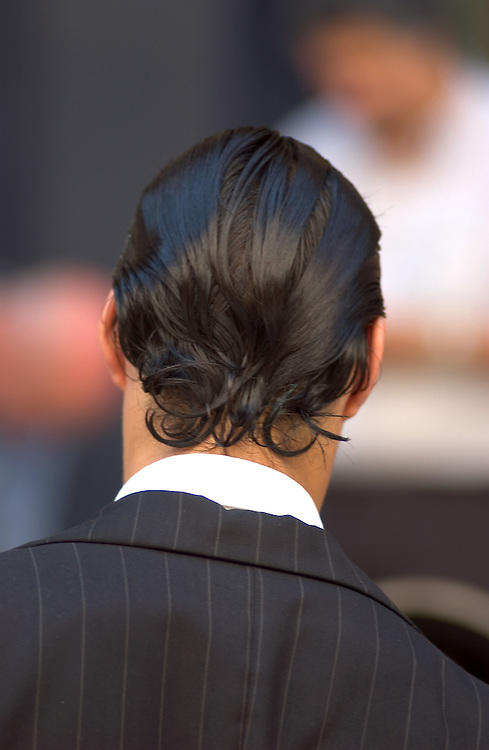