Small unmarked crosses tumble over the graves of now extinct Shelknam Indians in the cemetery of the Salesian mission in Río Grande, Argentina. The Shelknam were relocated in the 19th century to missions scattered among the islands of Tierra del Fuego to be civilized, educated and clothed, as well as to free land for grazing. They suffered greatly in confinement. Many died of European diseases such as influenza, smallpox and tuberculosis. Those still hunting ancestral lands found themselves the targets of European guns as ranchers paid by the head for their eradication. "Competition between cattle raisers and hunters leads to an ideology that supports genocide," said anthropologist Ernesto Piana, a researcher at Argentina's Austral Center for Scientific Research (CADIC) in Ushuaia, Argentina. 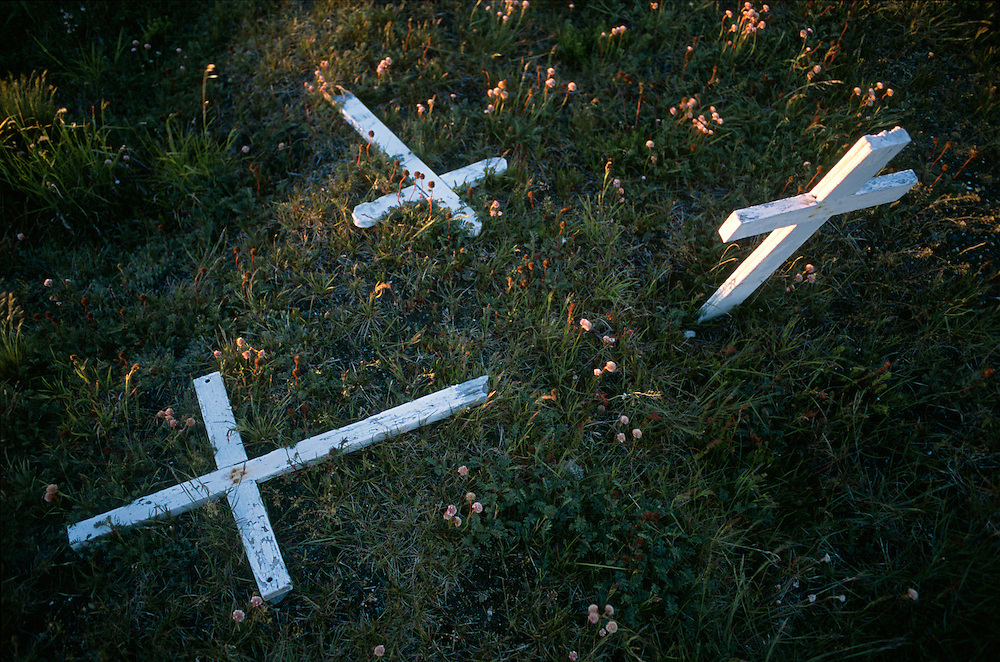