Researcher Ernesto Piana pauses in front of two replicas of Yamaná huts built of beech branches for the tourists who visi Estancia Remolino through the summer. Much of what is known of the language, culture and religion of the region's Indians is based on speculation. Tribal groups were reluctant to allow outsiders to see ceremonies or learn the spiritual side of language. In the 20th century much was lost to the westernization of their lifestyle.

"The Fueguian wigwam resembles, in size and dimensions, a haycock," Darwin wrote. "It merely consists of a few broken branches stuck in the ground, and very imperfectly thatched on one side with a few tufts of grasses and rushes. The whole cannot be so much as the work of an hour, and it is only used for a few days." 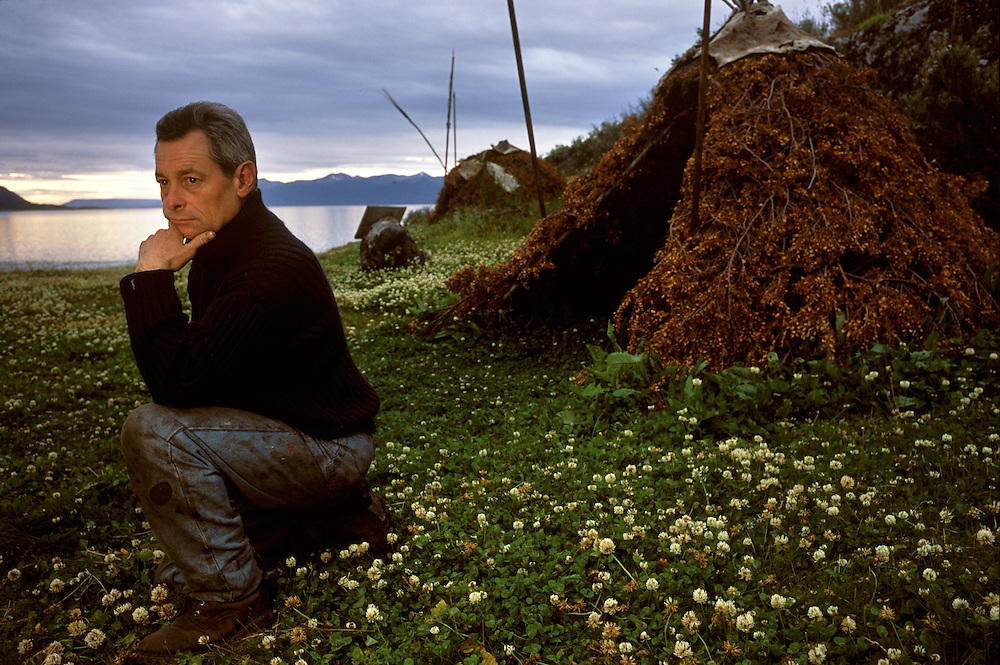