Student researcher Valeria Bartoli blocks the sun as Oriol Vicente Campos photographs the strata of a shell midden inexcavation by the international team of anthropologists. "This lifestyle depended on one main thing," Piana said, reiterating theneed for fat. "Any vegetarian here died."

"Before Fitzroy arrived the seal hunters had already cut the energy flux," Piana said. European and American sealersoverhunted in places the Yamaná could not reach, destroying the rookeries that produced the Indians' prey. Piana figures thatsome 20,000 tons of seal oil — burned as a source of light in Europe and North America before electricity — arrived inEngland between 1819 and 1821. During those same years explorer James Weddell searched for new seal hunting grounds toreplace those already depleted. Weddell failed. Already the stocks of Antarctic seals were dwindling for both Europe and theYamaná of Tierra del Fuego. "The light of London versus the survival of the aborigines," Piana said. 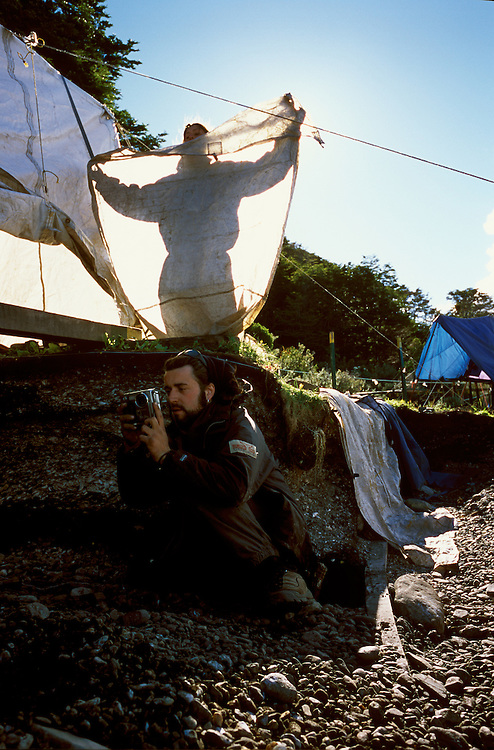