Maria Elena Alaniz holds a tansparent banner claiming that her father was deported after WWII to provide jobs for returning GIs even though he spoke no Spanish. Demonstrators gathered at a Denver park before marching through the city to the Colorado state capitol as part of a nationwide general strike by Latinos, Monday, May 1, 2006. Organizers of the march anticipated 50,000 participants for the rally to show the economic influence of immigrants. (Kevin Moloney for the New York Times) 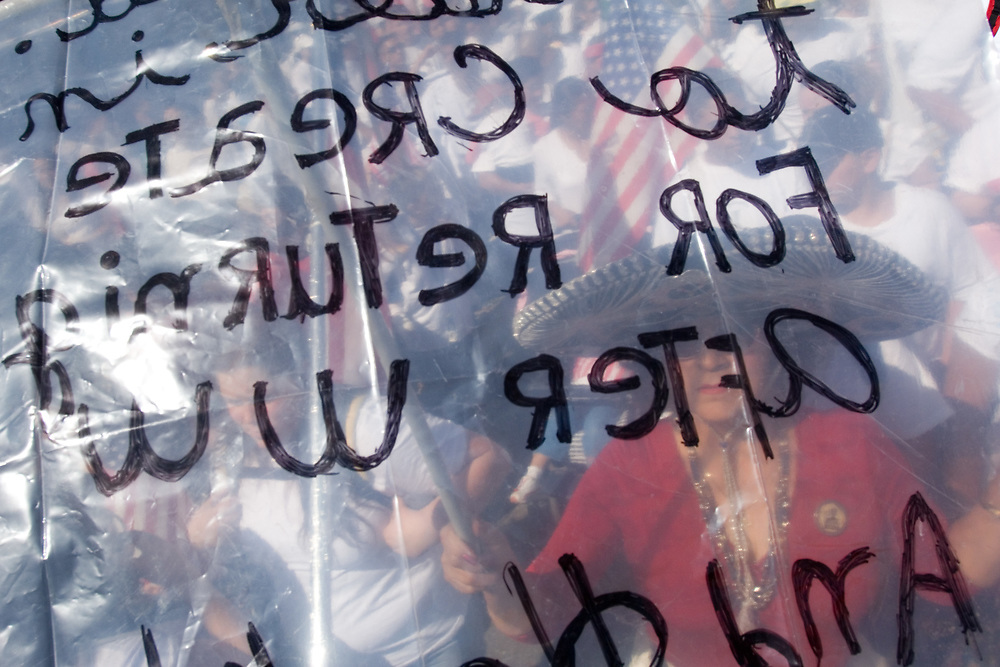