Everton da Silva, 5, marches with musicians from a number of local marching bands perform in the central square of Ouro Preto (circumflex over the e in Preto), Brazil, in celebration of the country's 1822 independence from Portugal. The city was the center of a 1789 republican conspiracy, the leader of which was beheaded. His head was displayed on a pike where the momument at rear now stands. Brazil's interior state of Minas Gerais, once a colonial mining capitol for the Portuguese crown, has changed little in appearance since the 18th century. With the help of laws to preserve its baroque architecture, the state's sky is scraped at every turn by 250-year-old church steeples, and lined with cobblestones. (Kevin Moloney for the New York Times) 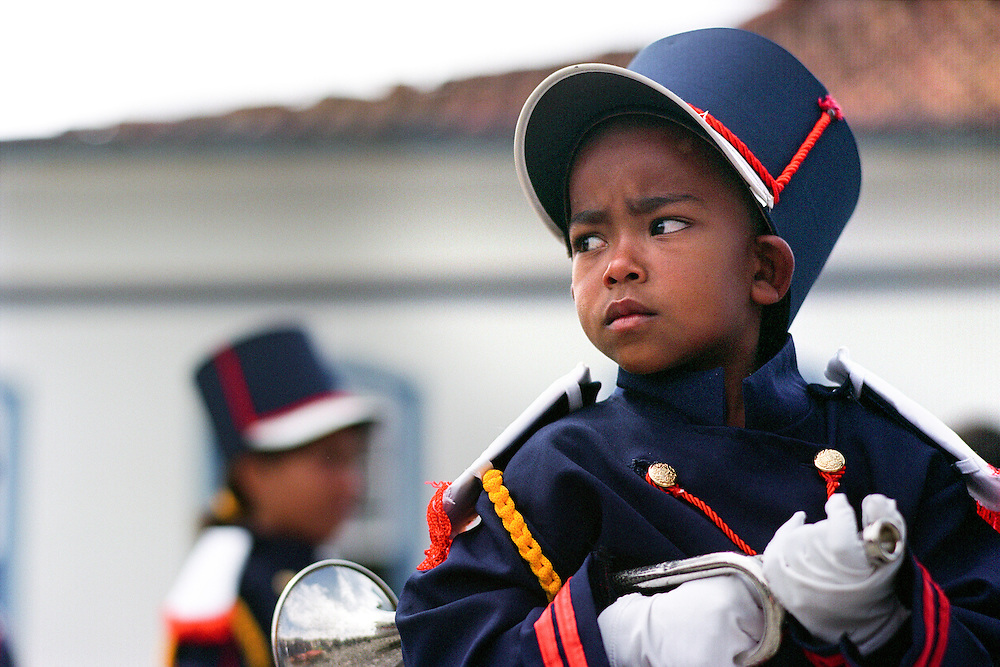