Counter protestor Dan Fougner, of Denver, waves a placard from behind a protective row of Denver police officers near the the Colorado state capitol in Denver during a nationwide general strike by Latinos, Monday, May 1, 2006. Organizers of the march anticipated 50,000 participants for the rally to show the economic influence of immigrants. Single counter-demonstrators and those from anti-immigration groups rallied to close borders and deport illegal immigrants. (Kevin Moloney for the New York Times) 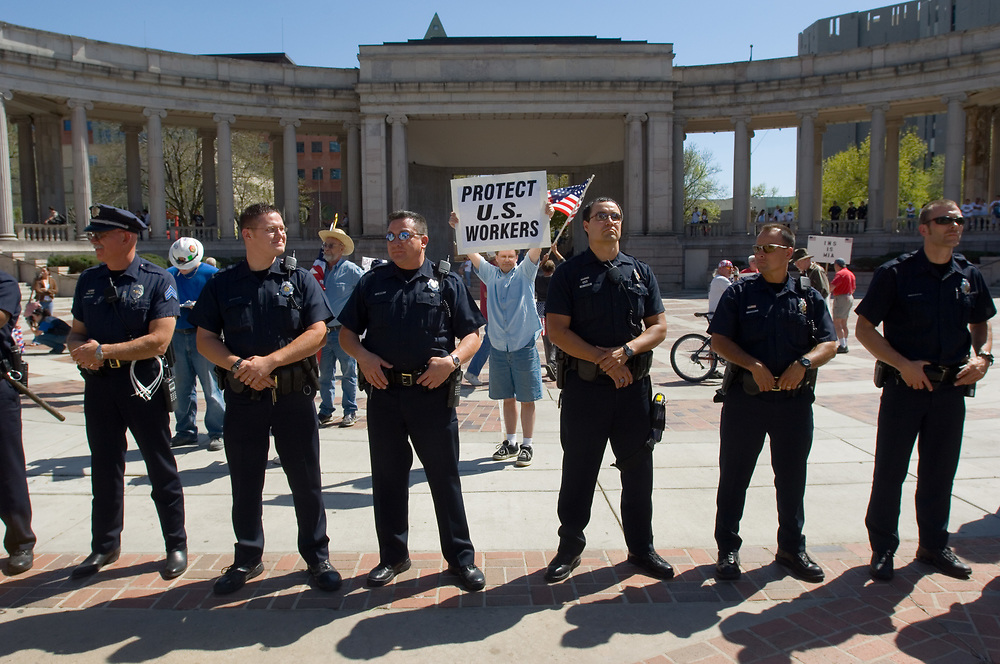