Pilgrims pary on the third Sunday in November before a memorial to three slain Jesuit priests at the Santuario de Caaró (that's Caaro with acute accent on the o), a shrine dedicated to three martyred Jesuit priests killed nearby in on Nov. 16, 1626. One was cannonized as a saint in 1931. Scores of Jesuit missions in the area where Paraguay, Argentina and Brazil meet were built in the 17th century and abandoned when the Jesuits were expelled in the 18th century. Ruins of some of these missions still haunt hilltops in the region. (Kevin Moloney for the New York Times) 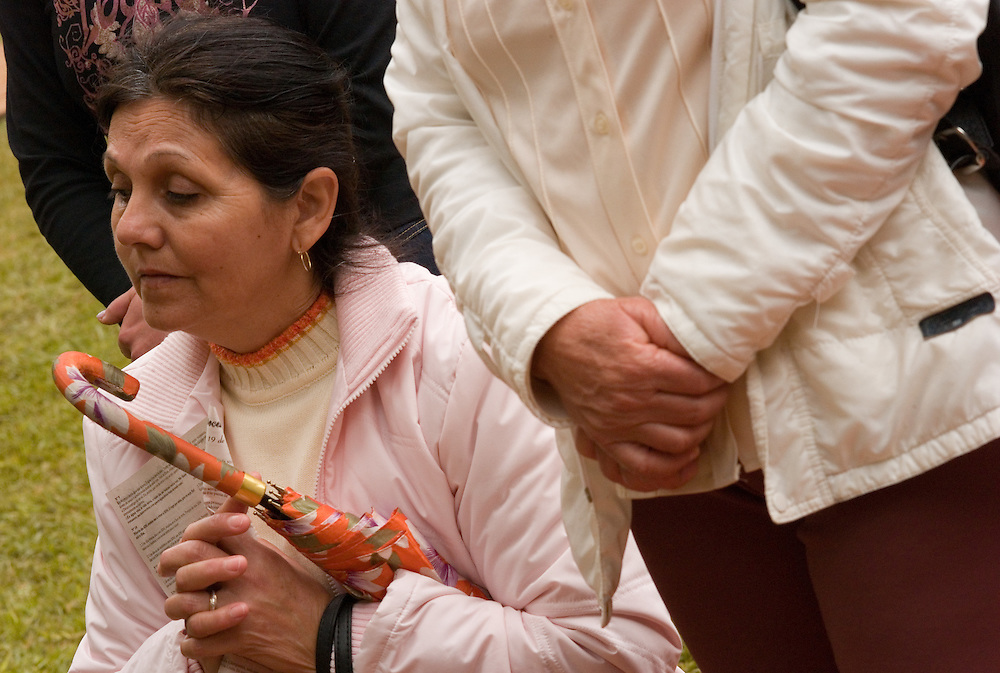