Major Gen. Mark Graham, commander of Ft. Carson in Colorado Springs, Colo., poses with soldiers at the base. His youngest son, Kevin, 21, a top ROTC cadet, hung himself in 2003 after years of battling depression. Kevin Graham had stopped taking his medication to conceal his illness, fearing that disclosure would harm his potential Army career. Then, a year later, the general's oldest son, Second Lt. Jeff Graham, 23, died in Iraq, the victim of a roadside bomb. As a parent, General Graham said he has not forgiven himself for Kevin's suicide. The first step he took after arriving at Fort Carson was to speak openly and repeatedly about mental health, especially post-traumatic stress disorder, calling it an act of courage, not frailty, to ask for help. (Kevin Moloney for the New York Times) 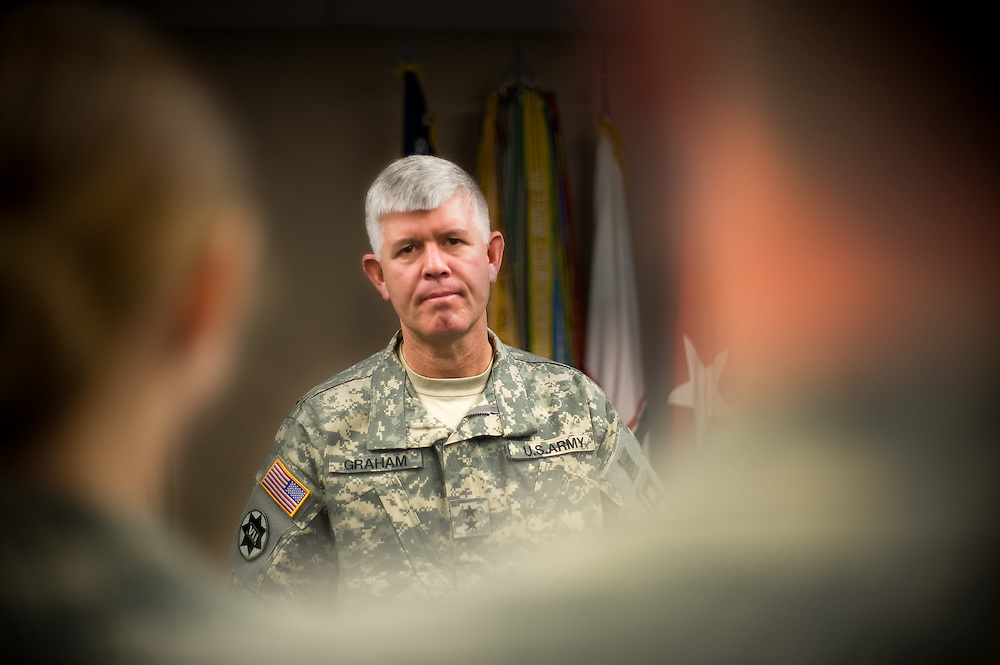