Icebergs collect at the end of Lago Grey, below the sweeping tongue of the glacier in Torres del Paine National Park. Though very few scientists deny that temperatures are rising, some, like Casassa, still question the influence of man in the phenomenon. For Casassa's long-time friend and colleague Dr. Pedro Skvarca of the Argentine Antarctic Institute, the evidence of human influence is compelling. In the years since World War II average annual temperatures for the nearby Antarctic Peninsula have risen by 2.5 degrees Celsius, and the volume of carbon dioxide in the atmosphere of the area has risen by 20 percent. "That is significant," says Skvarca. "Now you'll ask me if that is caused by man. Myself, my opinion is yes. There are very few who would say no." 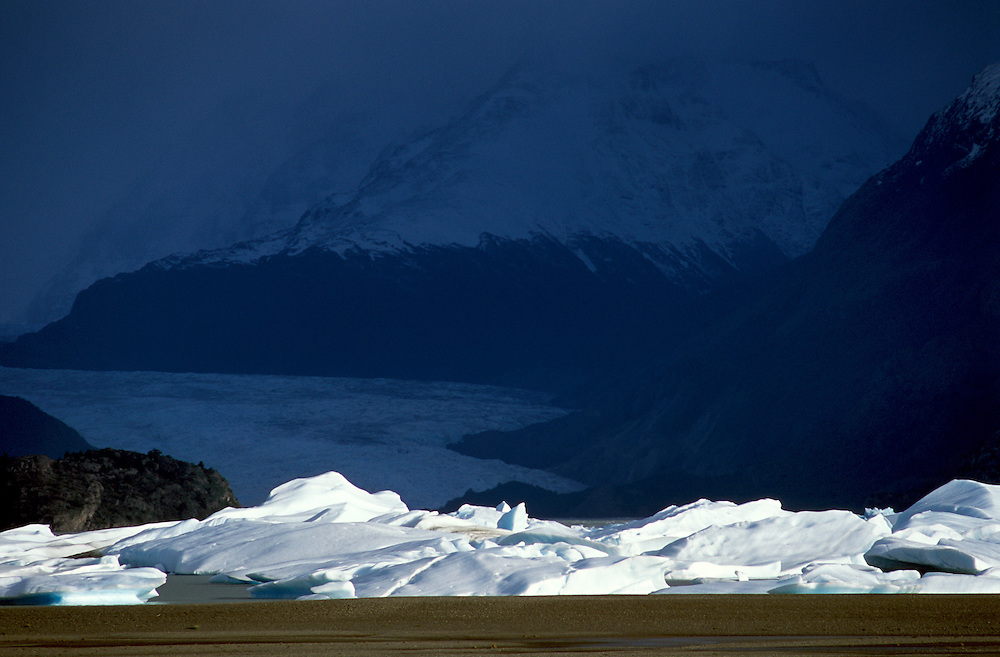