Fr. Brian Satterlee sweeps a monstrance containing a consecrated wafer of unleavened bread before the congregation of The Liberal Catholic Church of St. Albertus Magnus in Greeley, Colo. during a traditional Benediction mass. In the popular mass, the "blessed scarament," in the form of the unleavened wafer, is venerated by the congragation for its power of salvation. The benediction is a rite with origins in the 13th century.

The "Lib Cats," as they call themselves, are an outgrowth of the Dutch Old Catholics who broke with Rome in the 1870s. The traditionalist church conducts the medieval Tridentine Mass abandoned by the Roman Catholic church after the Second Vatican Council in 1962. The Liberal Catholics argue the scaraments offered by the Roman church are no longer valid due to Vatican II reforms -- a view shared by other Catholic splinter churches. 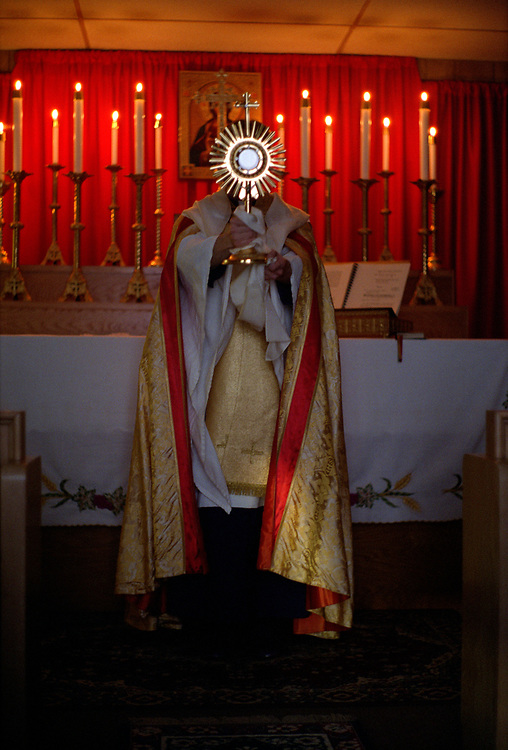